Vega Protein Shake Review: Everything You Need To Know

Vega Protein shakes are some of the best-selling in the US today because of one person's vision to create a better world. Today, in this Vega Protein Shake review, we are investigating what makes this protein powder (and brand) so successful. Our Vega Protein Shake review will take an in-depth look at one of their classic powders and later compare it to some of its strongest competitors. Who will come out on top?

What Is The Vega Protein And Greens Shake? 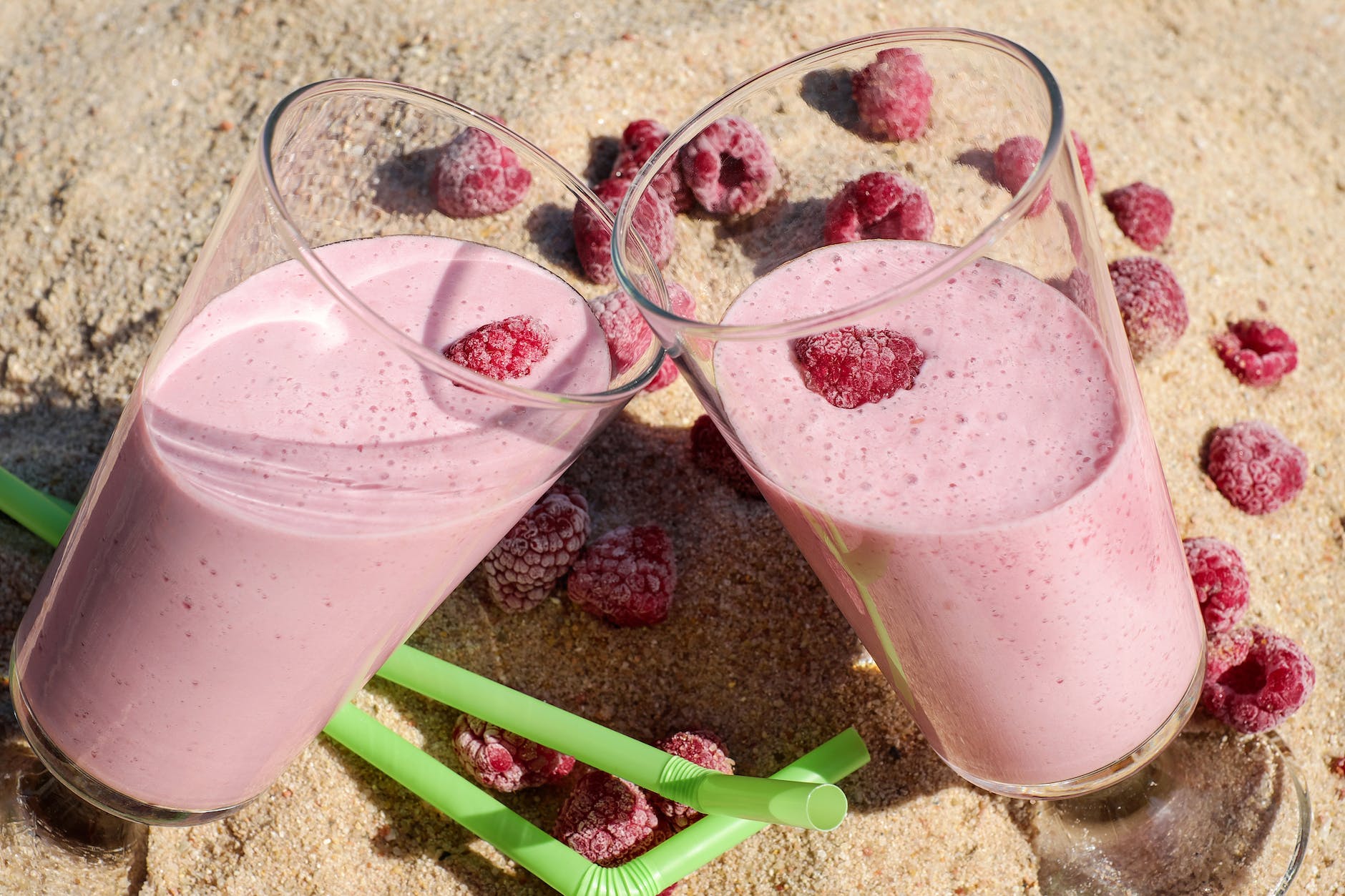 Your body needs protein. Without protein, your body turns on itself; it breaks down. Protein builds and maintains muscle. It impacts the mind. Continual lack of protein is fatal.

Athletes need even more protein than the average person; therefore, they look for a protein shake that is as healthy as they are. Co-founder, Brendan Brazier, knew this when he created Vega.

They say it takes a village to raise a child, and Brazier believes it takes a garden to nurture the human body. Before Vega emerged, the abject lack of natural plant-based protein shakes on the market had him eager to create products containing the complete nutrition profile he wanted.

Instead of using cheaper, synthetic additives and unhealthy infusions, his vision was clean and clear: he wanted a protein shake made from real food.

From there, the Vega protein product line formed in British Columbia Canada in 2001 and sold to WhiteWave Foods in Denver, Colorado in 2015. Products in the Vega protein line include powders, shakes, nutrition bars, snacks, and supplements.

The Vega Protein and Greens Shake is one of twelve powdered protein shakes offered in the line. It's a plant-based, organic, gluten-free, GMO-free, keto-friendly, vegan, and low-glycemic protein powerhouse that doesn't contain any artificial colors, flavors, preservatives, dairy, or soy.

In the next section, we take this Vega Protein Shake review deep into the heart of what makes the Proteins and Greens shake so special. 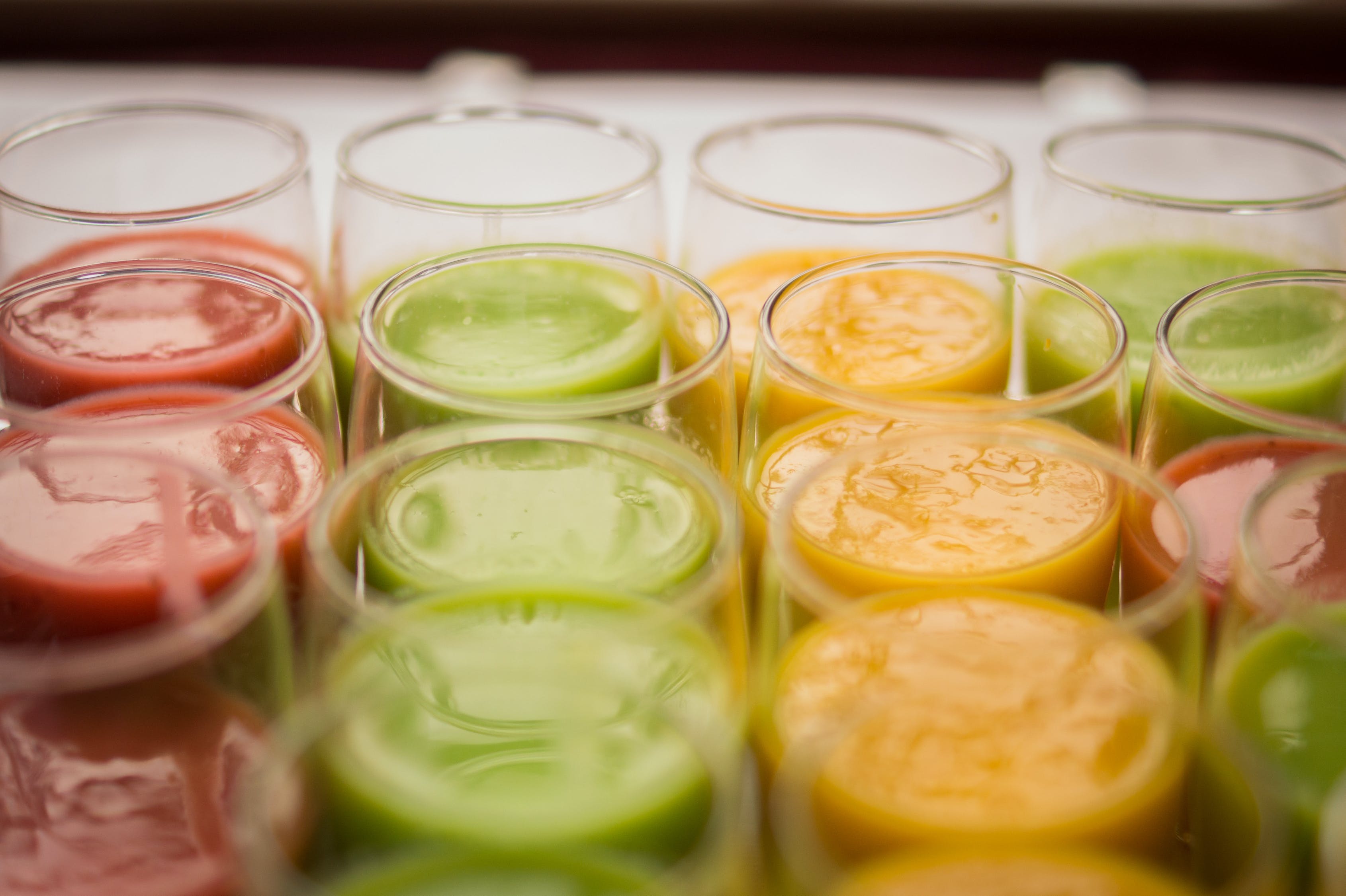 The most critical part of protein powders to users is usually the taste and texture. It's generally difficult to guzzle down a powdered mixture unless it's masked by some flavoring. The Protein and Greens shake by Vega comes in six delicious flavors and one unflavored to suit a variety of taste palates:

What makes Vega different is that it isn't overly sweet like some other protein powders. The benefit of this is that it is easily mixed with other flavors, especially in blended smoothies, to create gourmet protein shake blends.

For those who want a sweeter smoothie, blending the powder with naturally sweet fruits like bananas or berries can do the trick.

Sweetened with stevia, Vega Protein and Greens doesn't contain any added sugar. For those who don't like stevia, Vega recommends purchasing the unflavored variety or adding a lemon juice to the flavored smoothie to cancel out the flavor.

To dissect this Vega Protein Shake review, we have highlighted everything that goes into this shake. Vega claims that their Protein and Greens shake is natural and healthy. Below, we explore those claims and detail everything you need to know.

Depending on the flavor, Vega Protein Shakes are a mere 110-120 calories per serving for a guilt-free boost your body will thank you for.

Chocked full of organic powdered alfalfa, spinach, broccoli, and kale, the Vega Protein and Greens adds beneficial servings of vegetables with every serving. 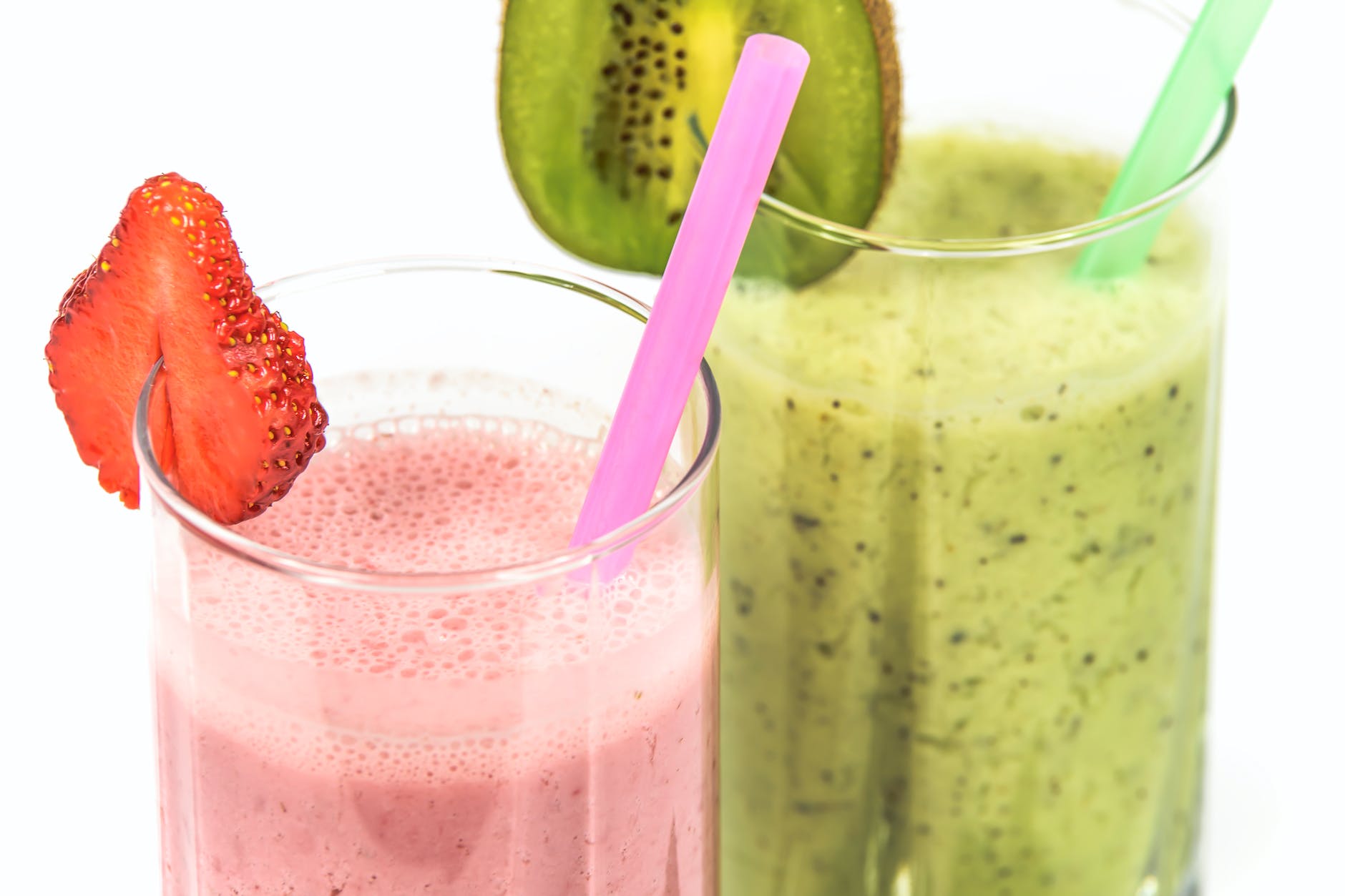 As a Certified B Corporation, Vega commits to sustainable business practices. The company takes accountability by working to reduce their ecological footprint and by taking responsible actions.

Vega holds several certifications verifying their commitment to environmental sustainability. They have USDA Organic certification, UTZ Certification for 100% sustainable cocoa, certified sustainable palm kernel oil through RSPO, and the business is a verified member of the Non-GMO Project.

Although plant-based, Vega Protein and Greens is not a certified vegan powder because they process it in a facility that processes dairy. Other allergens processed in the same facility include peanuts, soy, egg, and tree nuts. Processing products in the same facility poses a slight risk for cross-contamination.

The Vega Protein and Greens shake mixes well with water, milk alternatives, and milk. For an extra nutrient boost, add Vega powder to your go-to smoothie recipe. Use a blender for the most consistent mixing results.

Pricing for the Vega Protein and Greens shake depends on the quantity and flavor. Small tubs range from around $23 to $25. You can expect to pay approximately $30 for a medium container. Large tubs start at about $30 to $34, and Vega charges around $20 for a carton of single-serving bottles.

There are cheaper protein shakes on the market, but they rarely contain quality ingredients. For all the nutrition inside a Vega shake, the price is reasonable. As you will see, there are more expensive protein powders that also don't contain high-quality ingredients.

For this Vega Protein Shake review, we picked a few similar products for comparison. Let's see how they stack up.

Transforming Vega's powder into a shake is simple, and the instructions are clear. It blends well with water, milk alternatives, and milk. The sky is the limit with blender-mixing this amazing plant-based protein powder into a delicious smoothie.

Quality ingredients make Vega Protein and Greens one of the best protein shakes out there. They are mindful of nutrition, dietary restrictions, and source their products from sustainable outlets.

Those with allergies to peanuts, tree nuts, dairy, soy, and egg—know that they process Vega Protein and Greens alongside products containing these ingredients.

In this Vega Protein Shake review, we give them a five-star rating for organic certification and sustainability.

PlantFusion brings the power of an entirely plant-based protein to their sugar-free and easy to digest Complete Protein Powder. This powder is free from dairy, gluten, GMOs, rice, eggs, nuts, and soy to remove any of the potential irritants from the product.

Delivering 21 grams of protein with only 120 calories per serving, they design PlantFusion Complete to get you going. Their unique protein blend contains a mixture of pea, amino acids, artichoke, sprouted amaranth, sprouted quinoa, and whole algae. PlantFusion also includes an enzyme blend containing bromelain and alpha-galactosidase to aid digestion.

With certifications for good manufacturing practices (cGMPs), Gluten-Free, and Non-GMO, PlantFusion Complete puts their money where their mouth is with healthy claims. Flavors for the powder include stevia free, red velvet, vanilla, and cookies and cream. It's sold in a pack of twelve single-serving packets as well as in medium and large plastic canister tubs.

The blends added to the PlantFusion Complete protein powder is where this product really shines. We appreciate the thought that went into keeping the powder nutritious and easy on the gut. Their product is also free of common allergens making it more accessible for people.

Although the product contains plant-based ingredients, it, unfortunately, isn't made from organic ingredients. We'd like to see PlantFusion make the leap toward including ingredients governed by an authoritative body. The sodium content per serving is high; it brings 17% of the daily allowance.

Liberto has nailed it with making their product convenient and easy to use. The powder mixes well in a variety of liquids and foods. The environmentally conscious packaging is a step up from the bulky canisters that are frequently used for protein powders. The slim foil bag is so easy to seal and throw in our bag on the way to the gym.

Liberto has done many things right with ingredients in the Dark Chocolate Protein Powder. It contains predominately certified organic ingredients and some intelligent nutritional supplements. The Omega 3 blend is made from entirely plant-based sources. That, coupled with maca and probiotics make this powder an all-star in the protein powder playing field.

We've given Liberto's Dark Chocolate Protein Powder four stars for the great ingredients and certifications. We omitted one star for the added sugar.

Tone It Up Organic Protein Powder for Women

Tone It Up Organic Protein Powder for Women is a sugar-free shake mix providing 15 grams of plant-protein per serving. Peas and pumpkin seeds provide the protein for this powder.

Tone It Up contains organic ingredients and is vegan, gluten-free, Kosher, and free from GMOs. Vanilla, chocolate, and coconut flavors are available in this organic powder mixture. Each serving contains only 90 calories. Sold by the pound, Tone It Up offers canisters in .77 pounds and 1.54 pounds.

Tone It Up mixes and blends well because of its fine texture. Not only does it work well as a shake, but it also is an excellent addition to smoothies, baked goods, and overnight oatmeal.

Tone It Up almost has it right in the quality ingredients department. The mixture contains some organic ingredients, but they do not list most as organic on the label. The company claims that it is gluten-free, but they manufacture it in a facility that also processes wheat, milk, soy, and eggs. This may pose problems for people with the most common allergies.

We give Tone It Up three stars for the plant-based protein, iron, and for excluding sugar. We removed two stars for the ambiguous claims and for minimal vitamins and nutrients. 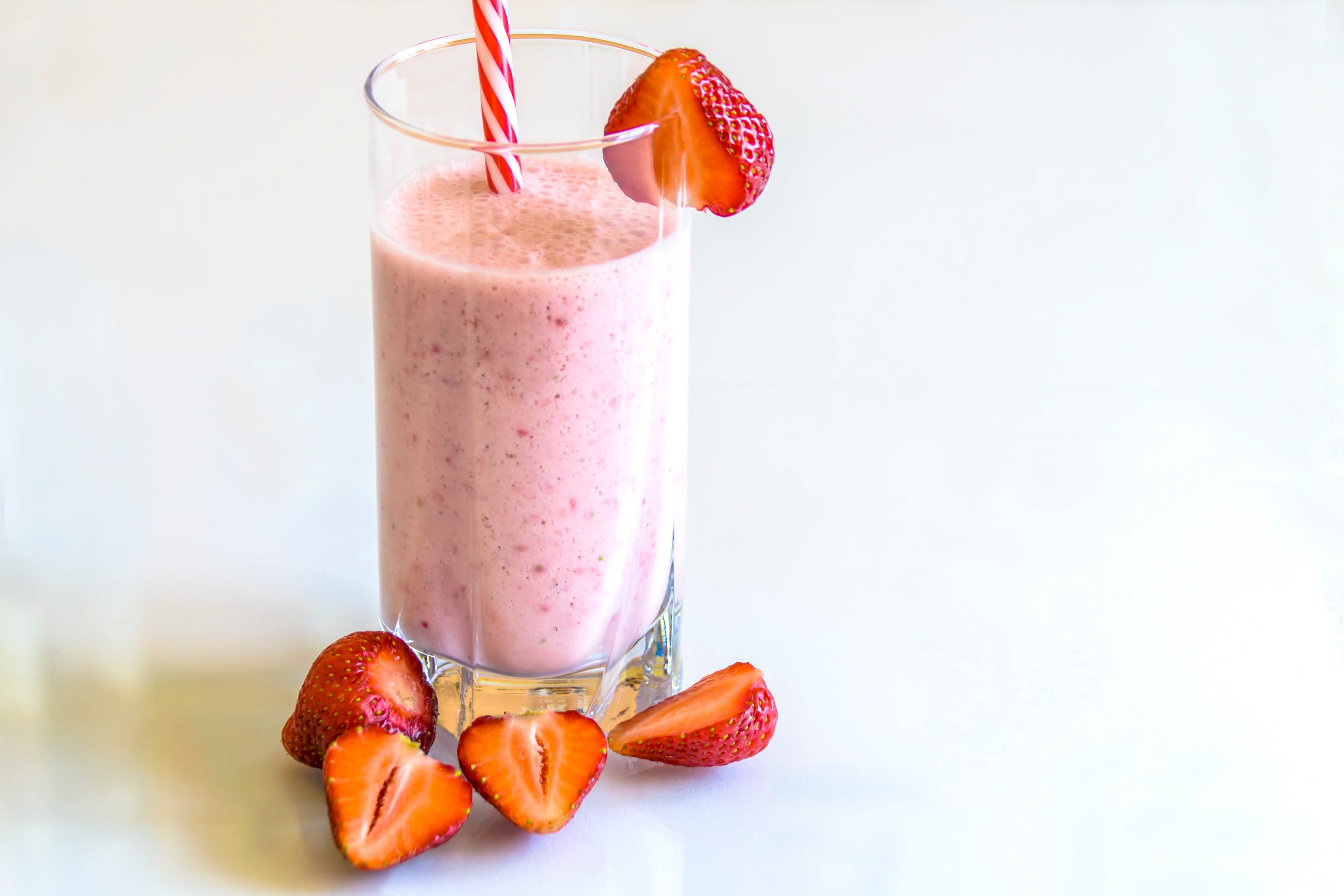 Of all the powders in this Vega Protein Shake Review, only Protein and Greens received a five-star rating. We base their perfect rating on the quality of the ingredients, vitamin and mineral content, and the overall value of the product. Our Vega Protein Shake review has not only illustrated the company's dedication to creating a healthier body, but also a healthier planet. Vega is a company we can stand by.

You can DROP A DRESS SIZE